What is the difference between a definition and a concept? What does equality mean and what are its types? The co-spokesperson of the Peoples’ Democratic Congress of Turkey Onur Hamzaoğlu whose presentation at the Health Convention held in 8-9 December, 2018, focused on those questions, calls for historical approach as well as caution to dominant discourses. Subsequent to his presentation Hamzaoğlu welcomed our enquiries dwelling on the concept of equality.

You made a presentation at The Peoples’ Democratic Congress’ (HDK – Halkların Demokratik Kongresi) Health Assembly’s first convention and focused on language and concepts. You also made a distinction between definition and concept. What do you mean?

Onur Hamzaoğlu: First of all, I was thinking about the definition of health, or rather World Heatlh Organization’s (WHO) definition of health. My starting point was to say that their definition wasn’t good. Then I started working on the meaning of concept, did some research and read old documents.

How was the WHO’s definition? What felt wrong about?

Their definition dates back to just after the Second World War and was adopted during the International Health Conference in New York on 19-22 of June, in 1946. Shortly after, on July 22, 1946, it was signed by sixty-one member states. Two years later, on April 7, 1948 it was included in the organization’s constitution. Health is defined as “a state of complete physical, mental and social well-being and not merely the absence of disease or infirmity.” As you see in this definition the concept of health is completely considered in an abstract way, disconnected from social life. But its meaning obviously varies depending on times, places and from one society to another. These differences affect also different classes of one nation’s society as well as people living on different geographical locations and working in different conditions. 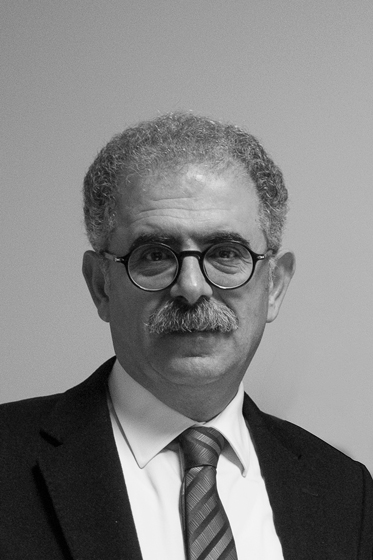 Furthermore, the WHO doesn’t explain what it means by “physical, mental and social well-being”. Nor is there any indication to achieve this goal. So, if you ask, “how can we meet these three criteria and reach the state of complete well-being?”, there’s no answer to that. But unlike a common misunderstanding the WHO doesn’t have just one definition of health.
In 1981, as part of its “Global strategy for health for all by the year 2000” program added a new definition in the spirit of that period: “A level of health that will permit to lead a socially and economically productive life.” This assessment reserves health services to those who are part of the production process. In that sense it goes clearly backwards from the previous one. But for various reasons this definition has never been accepted. But it’s still important to know that the WHO attempted such a definition.

Can we say that “process” is the key word for the distinction between definition and concept?

As we all know a definition is the determination of the properties and attributes of a being or a phenomenon. Whereas a concept is the product of a knowledge that is perpetually evolving throughout history. It’s not unchanging, definitive nor absolute. It’s a part of the development, changing process. It contains the past or the history as well as the future. We shouldn’t consider “process” as the only key word to take into account but also “future”. Definition is fragmentary. It refers to a meaning for a specific time frame. Just like a photograph.

In your presentation you particularly emphasized the notion of “equality”. Why?

Our language evolves within historical periods. New concepts and definitions emerge and they are the reflection of a culture. For instance, when you talk about social equality, no one will think of mathematical equality. Everyone will know you’re talking about equality in sharing, about distribution of wealth. I’ve worked on the question of equality since late eighties. There’s a vast literature on the subject. For me, Friedrich Engel’s works were a good starting point. Then Bryan Turner, as a more contemporary figure. His book, Equality, has been translated to Turkish.

You propose the concept of “equal outcome” instead of “equal opportunity”. How do you describe the differences between the two?

When we talk about “equal opportunity”, we’re actually referring to Magna Carta, which is considered the first written document demanding equality, eight centuries ago. It was signed by the king John of England, his barons and Pope Innocent III on June 15, 1215. The chart was basically restricting the king’s authority and asserting that he was no longer above the law. But we should remember that essentially Magna Carta was aiming to protect private property of free citizens – counts, barons, high-ranking military officers– and the clergy, the most important of which was lands. In short, Magna Carta is a document in which the bourgeoisie expresses its claims to the feudal lords with the church being the intermediary. At that point the church had realised that a revolution could emerge from within these middle classes and in order to not lose its power, it decided to play the role of a conciliator and managed to persuade the lords and the aristocracy.

What the bourgeoisie was demanding from the aristocracy wasn’t exactly equality but “equal opportunity”. What does it mean? “We’ll also have the right to legally own private properties and businesses, to send our children to good schools.” It means the abolishment of all the legal obstacles. For instance, in the course of my presentation I’ve also mentioned black people who couldn’t sit in the front rows of busses in USA. It’s not your right to sit where it’s restricted, it’s where you can or not sit down. Also, how can you take the bus? You can’t if you don’t have the means to pay for the ticket. You have the right to do business but for that you have to have a capital. You don’t have restrictions preventing you to send your children to school but even today in Turkey, you need means to be able to do that. Equal opportunity is about abolishing legal obstacles between different classes of a society for people who already have the means and without saying anything about the functioning of this equality. Equal opportunity actually means equality within the bourgeoisie.

“Equality of condition” is also a product of capitalist society. It was born in capitalism’s reformist phase in a period of welfare state context. It defined citizens on a social dimension and was applied with a rethinking of social distribution of wealth.

“Equal opportunity” is often used by the left wing too.

Yes. At one point it was a common reference for non-governmental organizations. For example, “equal opportunity in health” is actually the ultimate inequality. It doesn’t provide any services to anyone by any means. It just says that there are no obstacles to use these services. Considering our society’s capitalistic structure, that means that you have access to public services as much as your budget allows. I don’t mean to say that those who defend equal opportunity actually seek these specific limitations. Most of the time it’s a lack of knowledge or misuse of the term. I don’t want to cast doubt on any organization without meaning to.

What about “equality of condition”?

“Equality of condition” is also a product of capitalist society. Equality of condition was born in capitalism’s reformist phase in a period of welfare state context. It defined citizens on a social dimension and was applied with a rethinking of social distribution of wealth. Services that were considered as public –like health, education and social security– were open to everyone at, least to a minimum degree. If you wanted or needed to have more than this minimum you had to pay for it.
“Equality of condition” was applied for about thirty years in western European countries at the time of welfare state as a result of capitalism’s expansion era. Economic and social disparities between different classes and social status had been partially reduced. For instance, this is true for social housings with low rents and free public schools. But if you want better schools you have to pay for them. Or if you go to a public hospital you’ll share a room with ten patients. If you want your own room you have to pay for it. But after the economic crisis and the recession that followed, those rights that had been “given” by the ruling class in the first place were taken away by the same class.

What’s the difference of “equal outcome” that you point out from the others equality concepts?

According to Friedrich Engels, “equal outcome” is the concept of “proletarian equality”. In his book Anti-Dühring, published in 1878 just after the French Commune, in an era of hope for working classes’ revolution, Engels addresses the concept of equality. He studies its different attributes throughout historical periods and enumerates four different types of equality: “complete equality”, “relative equality”, “bourgeois equality” and “proletarian equality”. If we were to adapt these terms to our day, I would call bourgeois equality, “equal opportunity” and proletarian equality, “equal outcome”.

Equal outcome includes legal rights as in equal opportunity and social rights as in equal condition; but moreover, it comprises of economical rights. The basis of these economical rights is ownership of the means of production and contribution to production. Equal outcome principle can only be achieved by socializing the ownership and the control of the means of production. Also, the claim to equal outcome isn’t limited to the state’s domain or by class privileges unlike the bourgeoisie’s claim to equal opportunity. Equal outcome is simply the demand for economical and social equality and its true substance is the demand to abolish all classes.
Therefore, “equal outcome” isn’t a definitive and fixed concept. The developments in knowledge and technology and the increase of social resources will give us even more ways to satisfy society’s needs. So, according to this perspective, equal outcome is the goal to provide for social and individual needs, which will always be determined by the conditions of the time in which we’re living. Therefore, its substance isn’t static but dynamic. For all these reasons when we’re talking about equality for today and for the future we should mean equality of outcome. And we shouldn’t forget that its substance is dynamic. So, our proposition is this: equality is a social life in which the goal is to provide the needs of every individual.