Some Turks think Hungarians are of Turkish origin, and strangely enough some Hungarians think the same. Whatever the kinship is according to such ideologies, there’s a resemblance between the two countries’ regimes. Twisting the opening sentence of Anna Karenina, it’s plausible to say “all authoritarian regimes look alike, democracies have their differences”. András Bíró, one of the leading figures of the Hungarian opposition gives an account of “Orbánistan” as almost a copycat of “Erdoganland”. Letter from Budapest, exclusively for 1+1 Forum. 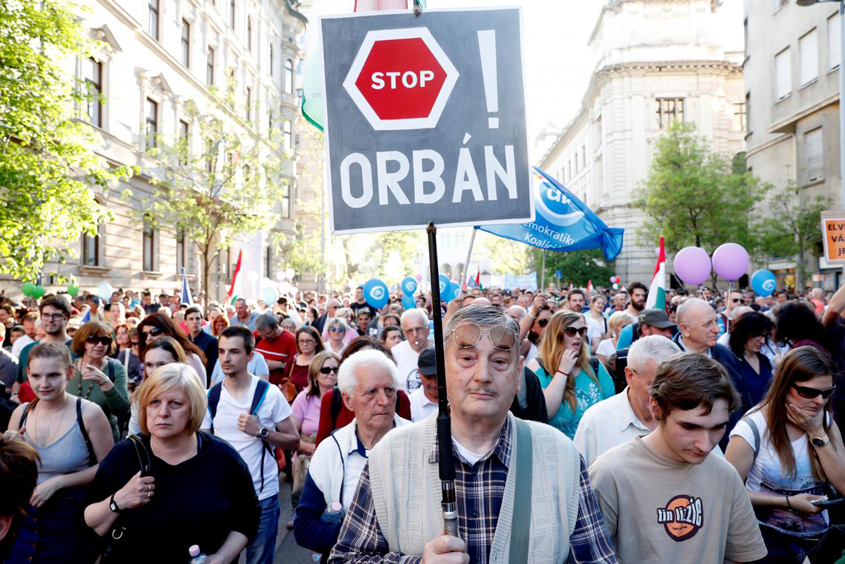 An expression of painful emotions imbedded only in the Spanish speaking world is practically impossible to translate. The closest signification would be: feeling shame or dishonor for the words and deeds of another person. That’s the intimate and highly unpleasant sensation we face day by day living in Mr Orbán’s Hungary. Nevermind the supposedly sophisticated self-definition of “illiberal”, an adjective invented and glued to the term democracy by him.

Actually, a contradiction in terms, since the American and the French revolutions have given life to what we call democracy, which is liberal by its essence. It comes to one’s mind that the authoritarian communist regimes in our region called themselves “peoples’ democracies”.

Recently new actors have joined the pantheon of the dangerous foes of the homeland: the homeless, academia and the Central European University in particular.

In order to avoid a possible appeal to the Constitutional Court, though composed by likeminded judges –but who from time to time dare to exercise their profession in rejecting some unconstitutional laws voted hastily by the majority– the government’s latest trick was to amend the constitution. This way no obstacle can stop its will, thus the seventh (sic) amendment recently voted by the majority reads as follows:

“In order to protect public order, public security, public health and cultural values, an Act or a local government decree may, with respect to a specific part of public space, provide that staying in public space as a habitual dwelling shall be illegal.” 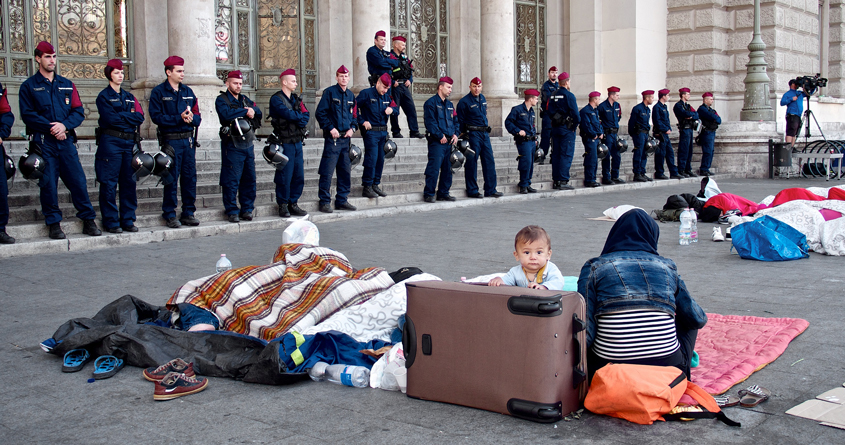 Since the 15th of October, when the new law took effect, two things happened. More than one hundred homeless were arrested and brought to court, but a wave of petitions demanding the withdrawal of the law was launched as well. Hundreds of academics, social scientists and professionals, among them for the first time since 2010, even active judges, who not only raised their voices against this inhuman policy, but refused to sentence the “culprits”. An attempt to explain such ruthlessness is to be found in the statement of Mr Lázár, the regime’s former cabinet minister: “the one who owns nothing is not worth more than that“. A supplementary motivation appears to please the rich by cleaning the streets of these “repulsive beings”.

It was not the first time that the Orbán government resorted to such shameful acts. It took the condemnation of the European Court to force the Hungarian authorities to stop the practice vis-a-vis the male refugees in the camps by refusing to feed them, even worse, prohibiting the family members to share their food ration with the father or the husband. The consideration behind this decision was to disseminate the news among future refugees in order to keep them away from the borders. The barbed wired fences were apparently considered insufficient deterrents, where as there are altogether no more than 150 people awaiting to get refugee status in Hungary.

“Gender ideology” is the new catchword of government speak. Avoid of sense semantically, it carries the hard-right religious activists’ theory presented as a gay and feminist-led movement opposed to the traditional family values. Erzsébet Barát, a professor at the University of Szeged, noted in one of her comments: “the stigmatization of ‘gender’ as the main category of feminist ideology has become a central element of state political discourse in Hungary since 2010”.

A decree in preparation calls on the most-valued Hungarian universities to suspend their gender study departments. For consultation with the universities twenty-four hours were considered sufficient. This speedy procedure –characteristic of government’s practices– plays the role of the Sword of Damocles ready to behead oppositional and critical voices at all times.

For sixteen years Mr. Orbán has used the floor of Fidesz’s “free university” gathering in a spa in the Hungarian speaking part of the old Transylvania, to air his strategic thoughts. This summer his speech opened a frontal attack against the only space not yet conquered: the remains of autonomy of the universities and that of the Academy of Sciences, warning also that culture should be in synchrony with the politics of the day. 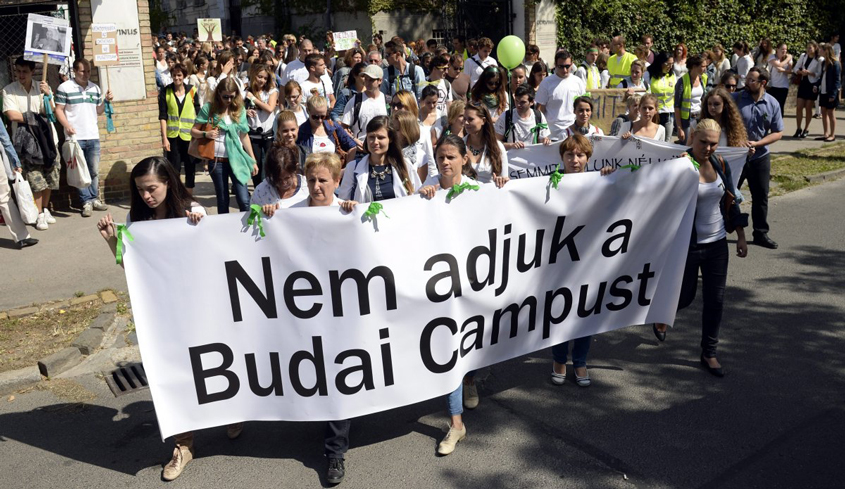 This warning seemed to have immediate effects as an official of the Academy of Sciences blocked the previously invited contributor’s exposé on the gender topic considered political. Worse, the government intended to strip of the Academy’s budget the allotment for the research institutes active in its realm. For the moment the Academy is resisting this attack, but for how long?

The autonomy of the public universities faces a new, possibly final blow. Starting the experiment by the most prestigious one, the Corvinus University, it has been decided to transform it into a sort of a private one by establishing a state sponsored foundation, thus expecting it to turn into a financially self-sustained entity. A win-win model, which eases the government budget but also keeps the full control over the university’s teaching policy. From now on the decision regarding who among the students will be entitled to get publicly financed grants will depend on the respective ministry, a lost prerogative of Corvinus. This step is in perfect harmony with the Orbánian long term thinking –he recently mentioned a timespan till 2030– to develop an ideologically committed conformist intelligentsia, so badly needed in view of the drastic emigration of the best part of Hungarian professionals to the EU countries and overseas.

The Central European University saga is slowly reaching its final stage. The amount of obstacles and tricks used by the government in the last two years to force the “Soros university” out of the country has become an international cause celébre. Not only the Nobel Prize laureates have signed petitions, but tens of thousands have manifested in the streets of Budapest against the governments manipulations.

The European Peoples’ Party of the European Parliament, of which Fidesz is a member, has also requested emphatically its Hungarian partner to sign this agreement, threatening an exclusion from its ranks if not. It appears that for Mr Orbán, George Soros, the well-known philanthropist, has become a question of personal vendetta and the central figure of his anti-Brussels communication strategy. All the attempts to influence his attitude in that matter, even the personal intervention of the new US ambassador to Budapest, a Trump protégé, have remained ignored. There must be a personal grudge functioning in the realm of his subconscious despite, or because of the fact that during his early twenties he was a grantee of the Soros Foundation.